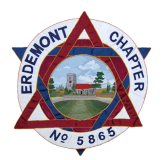 Most members of Rivermead Lodge, who progress to the Holy Royal Arch of Jerusalem, join Erdemont Chapter, although some are members of other Chapters.

Erdemont Chapter was Consecrated in 1947 and meets at Wilmington Masonic Centre.

At the Provincial Grand Chapter Meeting held on Friday 24 October 2014, Erdemont Chapter received a Diamond Award in recognition of its contributions to the Masonic Samaritan Fund through the West Kent Province 2015 Festival. The total Chapter donation to the Festival came to £6,767.88. The certificate can be seen here.

The Chapter is now actively supporting the West Kent 2026 Festival and, at its 2019 Installation Meeting, made a donation of £1,000 to round the year off and to start as we mean to go on.

At its Installation Convocation on 9 November 2019, the Lodge was honoured to receive an official visit from the Third Provincial Grand Principal, E.Comp. Bipin Patel, especially as E.Comp. Bipin had only been appointed the day before. It was a great honour to receive E.Comp. Bipin's first visit in his new office. 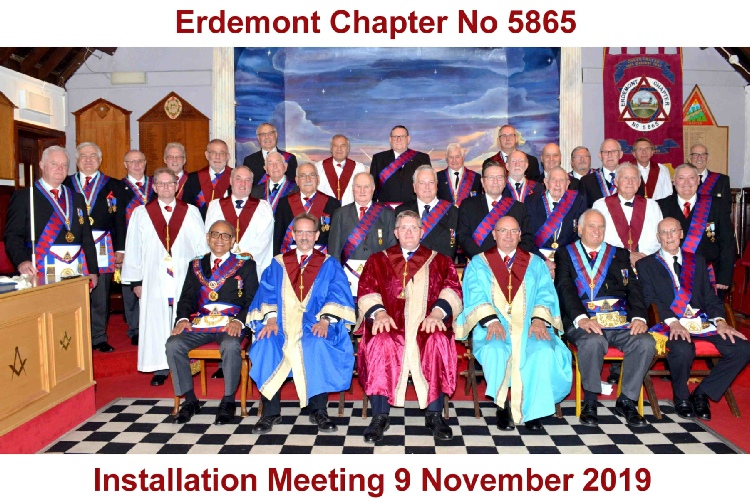 The current First Principal of the Chapter is E.Comp. Nick Letherby (pictured below), a Past Master of Rivermead Lodge. E.Comp. Nick was installed on 9 November 2019. E.Comp. Nick said, "I am delighted to have been accorded this honour. Erdemont Chapter has a long history of supporting the charitable projects within the Province and I look forward to leading the Chapter as we support the Grand Superintendent and the 2026 Festival."

The three Principals can be seen below together with the Third Provincial Grand Principal, E.Comp. Bipin Patel. Once again, the smiles say it all. 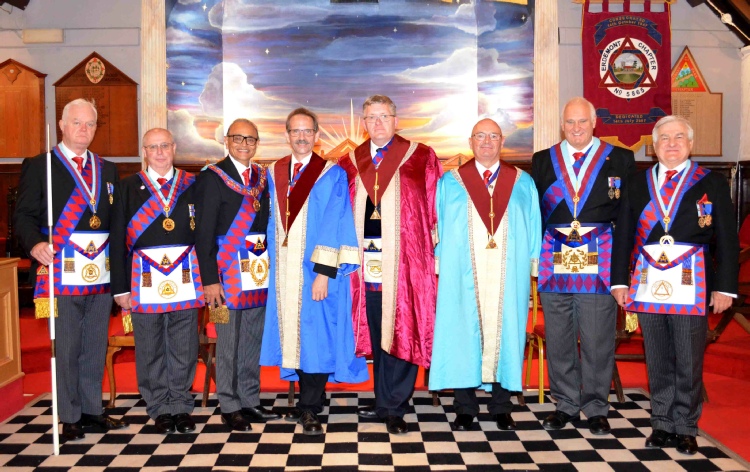